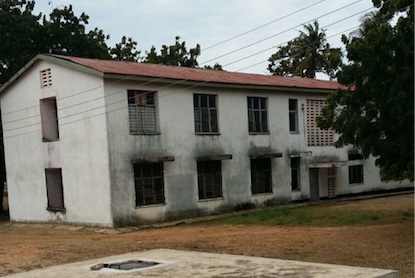 Tanzania Fisheries Research Institute (TAFIRI) was established by the Act of Parliament No. 6 of 1980 to promote, conduct, and co-ordinate fisheries research in Tanzania. The idea of establishing TAFIRI came after the collapse of the East African Community in 1977. Before the collapse, the Community had several functions, among which include fisheries research and development.

After the collapse of the Community, all matters related to fisheries and fisheries research were vested to the Fisheries Department, Ministry of Natural Resources and Tourism. Since the Fisheries Department is not mandated to carrying out research, it was deemed necessary to establish a fisheries research institution, which should cater for fisheries research in the country. However, the Institute never operated independently until the Board of Directors was named in May, and the Director General appointed in August 1983. The Institutes headquarters is located at the newly built (2005) Coelacanth House in Kunduchi (Dar es Salaam).

Kigoma and Kyela Centres were established in 1973 and 1978 respectively by the Ministry of Tourism, Natural Resources, and the Environment with the aim of assessing the fishery on their lakes. For the first five years, Kigoma Centre was run in collaboration with the Food and Agriculture Organization (FAO). Sota sub-station was established in 1988, initially as a special project on Nile perch research in Mara region, funded by International Development Research Center (IDRC). The sub-station later became a TAFIRI sub-station under Mwanza Centre after completion of the IDRC Project.

The three Centres of Mwanza, Kyela and Kigoma were then run wholly by the Ministry of Tourism, Natural Resources and Environment under the Fisheries Division until 1980 when it was felt that these Centres could more efficiently be run as a parastatal institution. So TAFIRI was started with a fourth Centre in Dar es Salaam which became its headquarters. However, the Institute never operated independently until the Board of Directors was named in May, and the Director General appointed in August 1983.

Currently TAFIRI is under the Ministry of Agriculture, Livestock and Fisheries.

To promote, conduct and manage fisheries research and consultancy for sustainable development of fisheries in Tanzania.